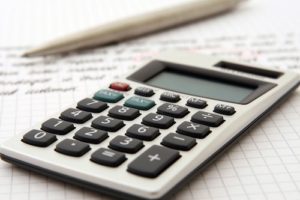 In the 1980s, data collecting, number crunching Episcopal missionary David Barrett followed the money and revolutionized Christian missions. Barrett was a pioneer in the field of religious demographics and served as an editor of the World Christian Encyclopedia. His research revealed significant scandals in the Christian world:* More than one billion people have never heard the Gospel message that Jesus Christ offers forgiveness of sins because few missionaries were being sent among the unevangelized peoples of the world.*  “Christian” religious leaders embezzled billions of dollars annually, an amount that is larger than global missions giving.In 1985, the Southern Baptist Convention hired Barrett as a research consultant to assist them in developing future mission strategies. As a result, hundreds of missionaries were sent to dangerous places in Asia and Africa where Jesus is not known.

After serving the cause of Christ for more than 50 years, Barrett died in 2011. A Baptist Press obituary noted, “When David Barrett came to the Foreign Mission Board as a consultant in 1985, less than 3 percent of our mission force was deployed to this last frontier. Today, as a result of Barrett’s prophetic push, more than 80 percent of the people groups our missionaries serve among are unreached.”Meanwhile, the second scandal Barrett investigated, the embezzlement of church and ministry funds, was ignored by establishment Christianity.In 1983, Barrett addressed the financial state of Christian missions giving in the journal article “Silver and Gold Have I None: Church of the Poor or Church of the Rich?”Barrett’s research proved that missions was not a priority for most Christians: “The average church member, donating his $1.46 a week, gives out of this only $0.07 (seven American cents) to support Christian foreign missions.”Barrett’s ground-breaking journal article also featured a fascinating table of statistics which included estimates of the total number of Christians on each continent and how much each group gave to church and parachurch organizations.According to Barrett’s colleague, Dr. Todd Johnson, these statistics resulted from Barrett’s attempt “to understand the totality of Christian finance” and led him to produce “a balance sheet for global Christianity.”

In subsequent years, Barrett added a new line for “ecclesiastical crimes” to the balance sheet which is updated and published in the annual January issue of the International Bulletin of Missionary Research.

The January 2017 issue showed that religious financial fraud is mushrooming. It estimated that “Christians” will commit $59 billion in ecclesiastical crime in 2017 while only $53 billion will be spent on funding global foreign missions.Religious broadcasters played a dangerous role in the spread of this crime as they popularized the prosperity gospel worldwide. Barrett noted their rise in influence in his 1983 journal article: “Nonexistent in 1900, by 1977 religious broadcasting in the United States alone accounted for $500 million as the cost of broadcast time. On the world scale the total cost of Christian broadcasting is over three times larger, around $2 billion in 1982.” In 2001, Barrett and Johnson explored the topic of religious fraud again in their book World Christian Trends, AD30-AD2200 while observing “probably 80% of all cases are kept private or swept under the carpet, but each year a rash of megathefts (over $1 million each) is uncovered and publicized in the secular media.”Barrett and Johnson offered reasonable solutions for combatting this fraud such as churches and ministries requiring “2 signatories on all checks and documents” and “receipt of income must be handled by separate staff to those making expenditures.” They also suggested the religious organizations spend more money on audits which could uncover embezzlement of funds.In 2015, Johnson and his colleagues at the Center for the Study of Global Christianity (Gina Zurlo and Albert Hickman) expounded on their research of church fraud in greater detail in a journal article for The Review of Faith & International Affairs. The publication for the first time showed estimates of religious financial fraud by continental regions:Africa: $1.3 billionAsia: $2.7 billionEurope: $16.8 billionLatin America: $6.2 billionNorth America: $21.7 billionOceania (Australia and nearby island nations): $1.3 billion

The researchers based their calculations on an Association of Certified Fraud Examiners’ estimate that 6% of nonprofit funds are embezzled. But the news gets worse. “Fraud in the nonprofit sector might also be on the rise … Consequently, these current figures could be considered quite conservative, and by the year 2025 global embezzlement of giving by Christians might be as high as 10 percent.”
Clearly, the integrity of Christianity is at stake. More Christians need to follow the money and expose the fraud in denominations, local churches and parachurch ministries. Will you join in this challenging endeavor?

(Editor’s Note: This is an excerpt from What Would Judas Do?  Barry Bowen’s investigative book about religious financial fraud will be published later in 2017. Barry assisted the United States Senate as a third-party whistleblower during Senator Grassley’s inquiry into questionable financial dealings by six prominent American televangelist ministries. )