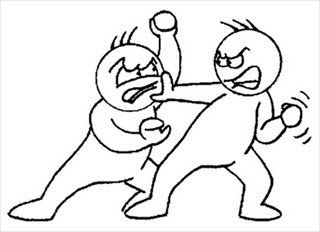 Among brothers — not actual predators & wolves

Deception in these last days is on the rise. False brethren have indeed snuck in unnoticed. We need to sound the alarm – but at the same time not to fall for the devil’s snare in casting aside all ethics and common decency. The Bible gives us so many reminders:

“For all the law is fulfilled in one word, even in this: ‘You shall love your neighbor as yourself. But if you bite and devour one another, beware lest you be consumed by one another!” – Gal 5:14-15

“Brethren, if a man is overtaken in any trespass, you who are spiritual restore such a one in a spirit of gentleness, considering yourself lest you also be tempted.” – Gal 6:1

“And then many will be offended, will betray one another, and will hate one another.” – Matt. 24:10

“These six things doth the LORD hate: yea, seven are an abomination unto him:  A proud look, a lying tongue, and hands that shed innocent blood… A false witness that speaketh lies, and he that soweth discord among brethren.” – Proverbs 6:16-17,19