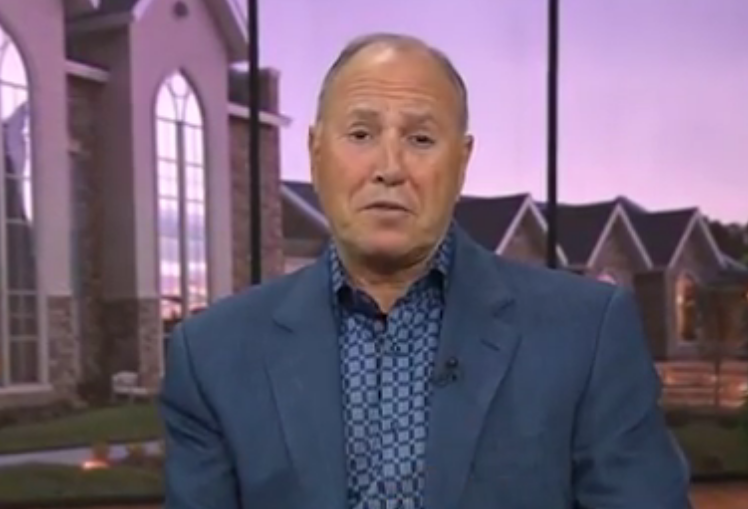 The accumulation of wealth by prosperity gospel promoting televangelists is a serious topic worthy of investigation and fact checking.

As president of Inspirational Network, David Cerullo has become one of America’s wealthier televangelists—a fact that is obscured by net worth tracking websites severely underestimating Cerullo’s wealth.

Net Worth Post estimates that Cerullo has a net worth of $900,000. Meanwhile, Idol Networth estimates Cerullo’s net worth to be $3.2 million, but neither website reveals how they reached such dubious conclusions.

To create a big picture view of this ministry’s compensation, Trinity Foundation compiled a compensation spreadsheet of Cerullo, other family members working for the TV network and Dale Ardizzone, the network’s attorney.

In 12 years, four people together received almost $60 million in compensation.

(Photo: Picture of spreadsheet shows David Cerullo’s compensation from 2008 to 2019.)

It is easy to miss important details in a Form 990 that explain how Inspirational Network has justified executive compensation. Schedule J (below) and Schedule O explain the process.

Inspirational Network hired an independent compensation consultant to prepare a survey of executive salaries. The compensation committee reviewed the survey and approved the executives’ compensation. Then the network’s board of directors voted to approve the compensation. Executives to be compensated recused themselves and were not present when the vote occurred.

According to the 2019 Form 990 (page 7), David Cerullo works 13 hours weekly for Inspirational Network and 47 hours weekly for related organizations. Another interesting fact is that most of Cerullo’s compensation was in the form of bonuses.

How much is Cerullo paid by the hour? By only taking into account base pay, Trinity Foundation calculated Cerullo’s hourly rate to be $1,092.86. However, his hourly rate jumps to $2,345.95 when considering total compensation.

So many questions arise based on Cerullo’s pay.  Among those:

What were those benefits? Schedule J provides clues and an explanation.

Page 42 reports, “First Class Travel: In accordance with the Company’s T&E policy, employees at the VP level and above may fly business class or first class for international flights and on domestic flights in excess of 5 hours. Compliance is strictly enforced and there are no taxable flights. Gross-Up Payments: All employees are evaluated for fringe benefits. The total benefits is grossed up and treated as taxable compensation to the employee. Housing allowance: Benjamin Cerullo receives a housing allowance. Housing allowance are reported to the employee as required by IRS regulations. Club Dues: David Cerullo receives club dues. These are reported as a taxable fringe benefit.”

The majority of David and Benjamin Cerullo’s non-taxable benefits are from clergy housing allowances which David stopped receiving several years ago.

In 2010 the Charlotte Observer reported, “At a time when Inspiration Networks has been cutting jobs, freezing wages and even adjusting the office thermostat to save money, the chief executive of the Charlotte-area broadcaster has invested about $4 million in a lakefront home under construction in South Carolina.”

In 2018, David Cerullo sold the mansion. His primary residence is in Charlotte, North Carolina with another home in southern California.

The Threat of Self-Dealing

If the methods of Inspirational Network look familiar, that is because they have become standard operating procedure among televangelists.

When Senator Grassley launched an inquiry into six prominent TV ministries in 2007, Trinity Foundation performed corporation searches for each of the televangelists and sent reports to the Senate Finance Committee.

Trinity Foundation discovered televangelists’ businesses operating from inside their churches. As one example, Paula White Enterprises was based at Without Walls International Church.

Trinity Foundation investigators wondered if the company paid rent for use of church facilities. This question also arises with for-profit companies operating from Inspirational Network’s headquarters.

The IRS rarely revokes the tax-exempt status of a televangelist’s ministry for misconduct. It last happened six years ago following an audit of World Religious Relief, the parent organization of The Word Network.

Over five years, Kevin Adell, CEO of The Word Network, diverted more than $70 million to two companies he controlled and then paid himself more than $25 million. World Religious Relief’s final 990 shows that Adell was the only employee of the non-profit organization and Adell received $5,838,352 in compensation from related organizations. His for-profit companies handled the TV production work for The Word Network.

Adell was using self-dealing to enrich himself.

Some televangelists own publishing companies that produce their books and DVDs. David Cerullo and Ardizzone created companies to produce and distribute movies the network would also broadcast.

One such company is Five Mile Cave LLC which was created to make the movie The Legend of 5 Mile Cave.  The company’s address is the Inspirational Network’s headquarters. Cerullo and Ardizzone are listed as executive producers of the movie. Depending on the way this business operated, Cerullo and Ardizzone may have received additional compensation not reported on a Form 990. None of the Inspirational Network Form 990s indicate that Five Mile Cave LLC is a related organization.

How were the production companies paid? If the payments are listed on the Form 990s, they would likely be in the form of contract services for which Inspirational Network spends $5 million annually.

Among important questions the IRS should consider if they audit Inspirational Network, here are two:

One last thing to note: Forty years ago Inspirational Network was known as PTL, the TV network founded by Jim Bakker. The extravagant culture that Bakker created lives on with different management and a different name.  This culture will continue as long as donors financially support it.

This work is licensed under a Creative Commons Attribution-ShareAlike 4.0 International License.