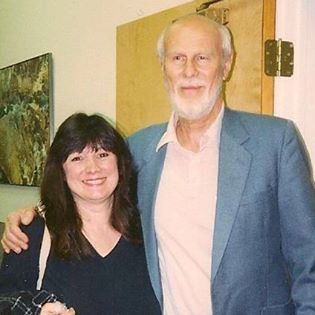 Are We Too “Negative”? By Dave Hunt

Critics have long leveled the charge of “divisive” and “negative” against those who would warn the church of unbiblical teachings and practices. I prayerfully consider such accusations, for my heart echoes the same concern. I long just to preach the gospel and to put behind me the controversy that has become such an unwelcome part of my life. Yet in preaching the pure gospel one must carefully distinguish it from the clever counterfeits all around.

How negligent it would be not to warn the sheep of poisoned pastures and false shepherds who promote lies in the name of truth. Yet the odds are staggering… The flesh faints with weariness and frustration. Then why persist in a task so lonely and burdensome? Yes, why this burning passion?

…It is not enough simply to “preach the truth” when there are lies that counterfeit it so closely that many can’t tell the difference. It is both logically and scripturally essential to expose and refute today’s pernicious false gospels. Yet to do so is to be opposed by church leaders and barred from most platforms… Are church leaders concerned for truth – or with protecting their own interests?

Today I received a memo from a researcher [Jackie Alnor] who, along with her husband, is among the nobodies crying out against heresy in the church. Her concern was The Ragamuffin Gospel by Brennan Manning, a Catholic, published by Multnomah Press. In part she said:

“Manning teaches… that [a Christian] may continue to live a life of debauchery… describes himself as a [heavy] smoker and someone who became an alcoholic after conversion… wants active homosexuals accepted into full fellowship (p. 26) along with other immoral people… teaches an eastern-type meditation (pp 43, 205-206)… twists scripture (pp 23, 28, 73, 173), he says that everyone, but the self-righteous [those that obey God by Manning’s definition], will go to heaven (pp 17, 26, 29)… This book is dangerous… a ploy by a new age Catholic to invade the evangelical church… Christian(s) must be warned that… the once trusted name of Multnomah, Thomas Nelson and Fleming Revell [to name a few] are no guarantee of orthodoxy. What a shame!”

I called her to make certain she hadn’t overstated her case. She read excerpts from the book to prove she had not. Christian publishers can no longer be trusted to publish truth but have become purveyors of death! A dump truck would not have been large enough to haul all of the heresy out of the recent Christian Booksellers convention in Orlando. Even Roman Catholic publishers of the most awful blasphemy and incredible nonsense, such as Paulist Press, were represented alongside evangelicals.

…Today’s evangelical leaders shun their duty to oppose heresy. Many of them promote Catholicism, occultism, and humanistic psychology. Therefore we, the nobodies, though few heed us, must cry out even louder to warn the sheep of poisoned pastures and false shepherds. “Positive” or “negative” is not the issue, but rather truth and simple obedience to our Lord and His Word.