Testing the Fruit of Charisma’s Heroes

Charisma Magazine‘s 25th Anniversary edition looks at the legacy of those who have graced its covers.  The list is a Who’s Who of people who have brought shame to the Gospel of Jesus Christ.  This self-tribute is the biggest c 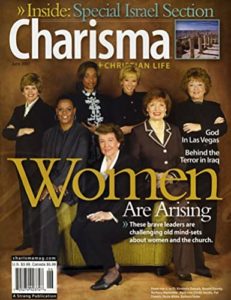 ompilation of evidence against the charismatic renewal ever put to paper.  Stephen Strang (founding editor) and Lee Grady (editor-in-chief) have unknowingly demonstrated what a miserable lack of accountability exists in their ranks.  Here’s some brief quotes that speak from themselves as seen in this new issue of Charisma displaying the cacophony of scoundrels, heretics, and  rotten churched role-models:

Past cover-girls and boys shown on the current issue’s cover that failed to receive tribute on the inside pages were: