Kevin Bacon’s infamous idea of ‘Six Degrees of Separation’ posits that all people can be linked together by following lines of their first-degree associations to those individuals’ associations, etc.  Some have followed this idea to charge others with guilt-by-association, which is a fallacious argument. In fact, I myself was a victim of it when my late husband took a public position that I disagreed with privately. But because of his stance, I was ostracized by ministries I agreed with. And in turn, when I wrote articles showing my allegiance to those being scrutinized by the mainstream church, my husband caught the flack with accusations in the Evangelical community that he didn’t have his wife under control.

Be that as it may, when several people are truly associated willingly and intentionally with a group or clique, one can honestly draw certain conclusions.

The substantial six degrees can be seen by:

It is hard to fathom that Christendom shares any common ground with witchcraft. Or as the Bible puts it: “Can two walk together unless they agree?” But what happened recently in the Catholic Church has oozed into the ‘Evangelical’ camp. [See #Pachamama] All roads certainly do lead to Rome – even the pagan ones. And the spirit of the age that infected the ‘Mother Church’ is one and the same spirit that is deceiving the professing Bible-believing church.

“For certain men have crept in unnoticed, who long ago were marked out for this condemnation, ungodly men, who turn the grace of our God into lewdness and deny the only Lord God and our Lord Jesus Christ.” – Jude 4

So, let’s follow the six degrees in one instance to see how a solid Bible teacher, the late Chuck Smith, founder of Calvary Chapel, can be linked to some real sinister actors. There are several paths to follow, such as his early associations with men like John Wimber and Lonnie Frisbee, but we’ll look at one that’s a bit closer to home. Let’s follow some bread crumbs. Starting with Chuck Smith  – a solid born-again, Spirit-filled godly man of God –and see how he can be linked to the Antichrist in just six degrees.

The first degree being Chuck Sr., the second degree is his son, Chuck Smith Junior, who promotes the

third degree that links to Emergent church aberrational teachers such as Brian McLaren. Both Junior and McLaren have several offshoots you could follow to perdition, such as their direct association with Catholic monks fourth degree who bow their knee to the fifth degree Pope Francis, whose recent promotion of indigenous pagan tribes’ adoration of Pachamama completes the six degrees.

In a recent Facebook post, Junior posted a link to a Catholic monastery in Big Sur, California. (I reported on his visits there around twenty years ago while he was pastoring CapoBeach Calvary Chapel in San Juan Capistrano.) He shared a thread with a link to the New Camaldoli Hermitage, and wrote:

“My heart is always in this place. And when I am there physically, it is always a taste of heaven. Very grateful for this tour of sacred spaces.”

Following the link, the about page reads: “New Camaldoli Hermitage is a community of Roman Catholic monks whose life is dedicated to contemplation and prayer. We are a worshiping community, celebrating with our friends and guests the Liturgy of the Hours and the Holy Eucharist. Our monastic fellowship extends beyond the walls of this hermitage and embraces a large and inclusive community of oblates, persons of different walks of life who live the grace of their baptism in spiritual communion with the monks….The monks of New Camaldoli also take part in the Four Winds Council with other spiritually-aware communities nearby: Esalen Institute, Window to the West Native American Community, and Tassajara Zen Monastery.”

A bit complicated? Let’s look more closely at another offshoot from Junior.

From Junior’s second degree from his dad, we move on to look at one of his mentors whose involvement in new age spirituality goes a step further. 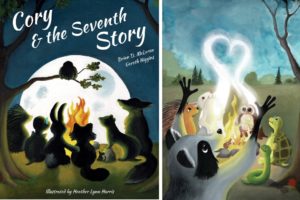 Emergent church leader, Brian McLaren gives a summary of his bromance with Junior on his website [https://brianmclaren.net/new-resources-from-chuck-smith-jr/]. H

e says, “Chuck and I met in the late 80’s (sheesh!) at a Leadership Network event. We’ve both been through a lot since then, and have been friends to one another through a lot of life’s ups and downs. I subscribe to his email “Reflexion,” which is one of the spiritual resources that enriches me week by week.” (parenthesis in original.)

Much can be said of the heresies of Brian McLaren, but he’s a bit sloppier with his own influences now that he’s won over all the ‘Evangelicals’ he’s ever gonna snooker.  He’s just come out with a children’s book that really smacks of progressive ideology.

His own degrees of direct association are quite telling. He blatantly endorses new age writers who are notorious for their occult writings — even some coming directly from demonic sources.

For instance, McLaren gave the following endorsement of a book called, Piloting Church. He wrote:

“I finally found the book I would wish upon every seminarian and professor, every pastor and denominational official, every church leadership board and committee, and every small group and class. Cameron Trimble is already respected as one of our top church consultants and interdenominational networkers, but with Piloting Church, she also distinguishes herself as one of our best religious writers. I feel like I just ate a delicious meal including a perfect appetizer, fantastic main course, and amazing dessert. Highly recommended!” 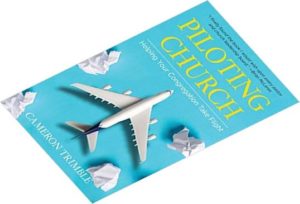 One quick look at the book on Amazon reveals very troubling connections. In the Preface, the author writes:

“Right now, we need a real conversation about what effective leaders can do to create environments and systems that lead to human transformation. One of my favorite modern philosophers, a woman named Jean Houston, said in a presentation I attended some years ago, ‘The great challenge of our age is that we have developed the capacity to destroy ourselves without the wisdom to know not to do so.’… If ever there was a moment for a new cultural vision spoken and modeled by a new generation of leaders, this is that moment. May you be such a leader.”

The name Jean Houston might ring a bell to some of you older folks. Remember, she is the new age medium who conducted seances in the White House with Hillary Clinton when she was first lady. She supposedly contacted the dead Eleanor Roosevelt for Mrs. Clinton to seek advice from.

Jean Houston’s book, Life Force, has the endorsement of the demonized guru Deepak Chopra who wrote in his review:

“Jean Houston, enchantress, storyteller and spiritual guide, takes us on a journey to higher states of consciousness and ultimately to the womb of creation itself, so that we may discover deep within our own souls, the God-in-Embryo, just waiting to be born.”

From Jean Houston’s fourth degree, she can be linked to the late occultist Aldous Huxley as the fifth degree of separation. Houston was the narrator of the film, Aldous Huxley: The Gravity of Light.

McLaren also links directly to Huxley. He posted a link to this article on his Facebook page: 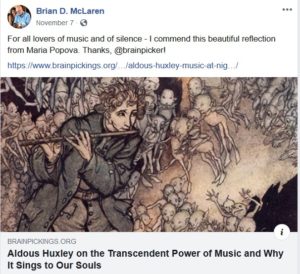 Huxley wrote the book, The Doors of Perception, that recalls his psychedelic experience under the influence of mescaline. The rock band, The Doors, took their name from the book as the lead singer, Jim Morrison related to its dark underpinnings.

And today on Chuck Smith Junior’s Facebook page for his ‘ministry’ Reflexion, this was posted by the Wiccan and pagan community unopposed:

There are so many direct degrees of separation from Chuck Smith (1) to his son (2) to Brian McLaren (3) to Jean Houston (4) to Aldous Huxley (5) to the devil himself (6) and all the offshoots along the way.

My first pastor Chuck Smith would in no way condone these degrees. But something we can learn from this in hindsight — which is always 20-20 as they say — by his silence as he allowed his son to pastor a Calvary Chapel, his inaction gave the devil a foothold. (It took the efforts of myself and several other discernment leaders such as Roger Oakland, to put the pressure on to cut the affiliation.)

And the outcome of Pastor Chuck’s silence in other streams of degrees that spun off him, today Calvary Chapels have been split and Wimber’s Vineyard movement has polluted the body of Christ with unclean spirits.

The late Ray Yungen, author of For Many Shall Come in My Name, gave this warning:

“The Bible says that in the last days, many will come in Christ’s name. If one examines the “prophecies” of occultist  Alice Bailey, one can gain insight into what the apostle Paul called in 2 Thessalonians 2:3 the falling away. Bailey eagerly foretold of what she termed “the regeneration of the churches.” Her rationale for this was obvious:

‘The Christian church in its many branches can serve as a St. John the Baptist, as a voice crying in the wilderness, and as a nucleus through which world illumination may be accomplished’

In other words, instead of opposing Christianity, the occult would capture and blend itself with Christianity and then use it as its primary vehicle for spreading and instilling New Age consciousness! The various churches would still have their outer trappings of Christianity and still use much of the same lingo. If asked certain questions about traditional Christian doctrine, the same answers would be given. But it would all be on the outside; on the inside a contemplative spirituality would be drawing in those open to it.”