Pastor Mike Bickle and International House of Prayer (IHOP) have inspired numerous charismatic Christians with their ambitious goal to worship God around-the-clock. One worship band follows the next, 24/7 at the Kansas City megachurch.

Bickle has a long history of engaging in controversial church movements. In the 1980s and ’90s Bickle played an important role in the Kansas City Prophets. This group of pastors popularized the idea that God was raising up a new generation of apostles that would bring in a huge, global spiritual harvest.

Many discernment ministries have already written about the bad doctrines espoused by Bickle. Now it is time to examine his ministries’ finances. Are they transparent? Are there red flags (besides bad doctrine) that Christians should closely examine?

Where to begin? With an address. IHOP meets at 3535 E Red Bridge Road in Kansas City, MO.

A search for this address in the DuckDuckGo search engine reveals a Bizapedia webpage reporting, “There are 54 companies that have an address matching 3535 E Red Bridge Road Kansas City, MO 64137.”

The Mystery of Two Different IHOPs

Bizapedia collects business name and corporation filings from the Missouri Secretary of State website and then aggregates this information, making unique patterns detectable with a search engine. While the Bizapedia article summary is wildly inaccurate, the webpage provides a big list of business and ministry names to further investigate. Many of these “companies” are “fictitious names” for ministries operated by Bickle’s church.

According to its amended articles of incorporation, the original IHOP is not a church, but a “religious order.” It also files the Form 990 with the IRS. This is a financial disclosure document that churches are not required to file, but other religious non-profits are expected to file.

Bickle’s church doesn’t file a 990, but is a member of the Evangelical Council for Financial Accountability. An overview of church finances is available on the ECFA website.

According to their articles of incorporation, neither has “members.” This means that financial decisions will be made by the board of directors and not voted on by church attendees or students belonging to the order.

One of the biggest problems with operating two separate organizations using the same name is, how do you determine donor intent? What if a donor wants to financially support students at IHOP’s university that have joined the religious order and sends a check simply addressed to IHOP. Does the check get deposited into the church account or the religious order account?

In 2007, Senator Charles Grassley’s staff launched an inquiry into six televangelists’ ministries for using similar methods. The staff revealed their findings in a 2011 report:

All six media-based organizations we reviewed are classified as churches and so do not file 990s. With respect to the four that did not comply with the Committee’s requests, as indicated in the separate summary for each church, there are multiple for-profit and non-profit entities related to each church. Multiple “assumed” or “doing business as” names were also used. For example, we found at least 21 “assumed names” registered with the State of Texas for Eagle Mountain International Church (also known as Kenneth Copeland Ministries). These included record companies and recording studios [sic]. This raises the question of whether church status is being gamed to shield such activities of a tax-exempt entity from public scrutiny.

IHOP–FCF is also in the music business, using the trade names Forerunner Music and Forerunner Praise.

Some of the fictitious names used by the church are Forerunner Publishing, Higher Grounds Cafe, and Herrnhut Apartments. The IRS defines these entities as integrated auxiliaries. “The term integrated auxiliary of a church refers to a class of organizations that are related to a church or convention or association of churches, but are not such organizations themselves.”

The previously cited report to Grassley also noted the possibility of integrated auxiliaries being used to evade the tax code:

Even though churches are exempt from filing the Form 990, they are required to file the 990-T to disclose unrelated business income when the income is more than $1,000 annually and is not related to the primary purpose of the organization.

This may come as a surprise to many IHOP-FCF supporters, the church is in the oil and gas exploration business. Page 30 of IHOP’s 2014-15 Form 990 shows IHOP received $573 in income from Cyrus Resources Group, LLC, a company controlled by IHOP–FCF.

Following the Money, Examining the 990s

The 2014-15 990s for Friends of the Bridegroom and Shiloh Ministries show large property transfers to IHOP–FCF. It is possible that the church is planning to simplify its operations by merging its various ministries into the church. While it was being dissolved, Shiloh Ministries transferred $37,919 in cash and $1,193,294 in non-cash assets to the church.

The church should have reported at least $15,139,685 in non-cash assets. However, the church’s financial data submitted to ECFA reports $0 in non-cash donations and only $8,800,472 in other revenue. It appears that there are millions of dollars in missing non-cash assets. 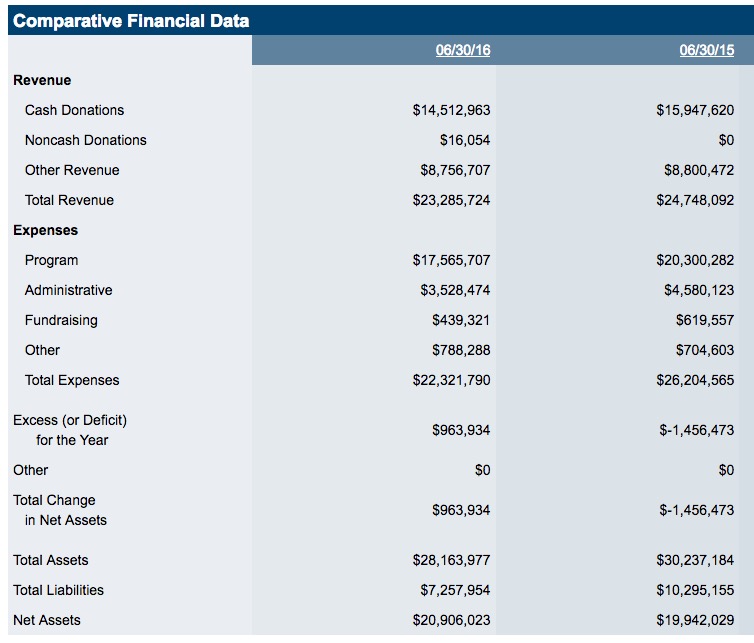 I contacted an accountant to discuss this issue and was told that such a disparity could occur if the different organizations used different accounting methods or fiscal years. The fiscal year part is easy to rule out. IHOP–FCF’s fiscal year begins on July 1st and ends June 30th as do each of its non-profit ministries.

There is one final red flag I detected in IHOP’s 990s: payroll taxes and missing expenses.

Page 2 of IHOP’s 990s shows that they are prepared by Keller & Owens accounting firm. The cost? It’s free. No accounting expenses are reported on the 990s (see page 10 line 11c). But seriously, the church is probably bearing the accounting costs.

If the expenses are being transferred between these non-profit organizations in a non-transparent manner, then it may create doubts about the accuracy of other the financial figures.

IHOP and IHOP–FCF might not be guilty of any fraud, just human errors or non-transparent accounting. Still, the limited information available creates more questions that should be honestly answered.

One Reply to “Investigation: Millions of Dollars in Assets Not Reported by IHOP Megachurch”